Legacy stands where it is now because of the faith, prayers, and support of others who envisioned what a Christian school committed to equipping the minds and to discipling the hearts of students for Christ-like living 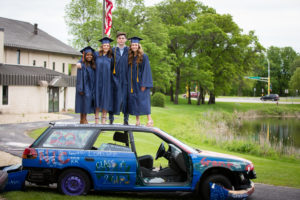 could mean to this community.

As a result, over 5,000 students have been given the opportunity to be educated within a biblical worldview, to see life rather than death, to feel hope rather than despair, to learn truth rather than lies, to discover how to be wise rather than foolish, to be loved rather than shunned, and to grow in Christ-like character rather than self-exaltation as they are prepared for their next step in life.