In his second year leading the Legacy/PACT Cross Country Co-op, Coach Dave Johnson shares how pleased he is with 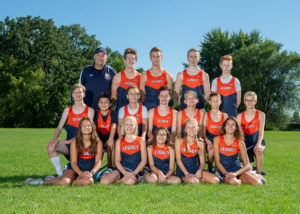 the progress of the entire team. According to Coach Dave, “the boys are competing against top level teams and do not take a backseat to anyone. Our maturity has greatly improved. For our girls, we are learning how to compete as a team. We are extremely young and look to improve the next 6 weeks.”

Highlights thus far include a 3rd place boys finish out of 13 teams in the Pine City Invitational and a 7th finish in a very tough field of runners at Mora. In their first scoring event as a team, the girls earned an 11th place finish out of 18 teams, indicating a bright future as they continue to mature in their racing skills.

The trio of Jeremy Davie, Ben Nauman, and River Santiago are leading the way for the boys team. All have consistently placed in the top 15. Coach Johnson hopes to celebrate at least three All-Conference runners; determined in a single race on Thursday October 10th at Bassett Creek Park. Both the boys and the girls continue to train with a post-season mindset of sending runners to the State Tournament meet on November 2nd at St. Olaf College.

Growth continues to be at the core of the Lady Lions Soccer season as we reach the mid-point of the  2019 season. Head 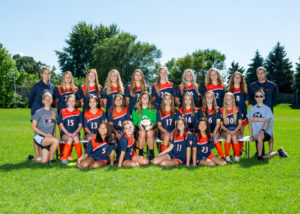 Coach Todd Manske shares that the highlight of this season has been, “Watching the girls work so hard every game and seeing the relationships between older and younger players develop.” He’s thankful for good leadership from all ages on the team.

As hard as they’ve worked, their biggest challenge continues to be finding the net. Ari Shank and Alicia Hoffman stand out as players creating great opportunities with their hustle and skill, yet the final result continues to be denied. Despite that challenge, the girls willingly serve each other and build each other up, creating a culture primed for future success.

The team is looking forward to facing new conference opponents in the remaining games of the regular season and advancing beyond the first round of playoffs for the first time in two years. 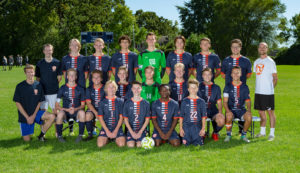 Transition and transformation define the 2019 Lions Boys Soccer season. Under the leadership of Head Coach Jon Schultz the program has adopted a more complex formation, requiring the players to change how they think about soccer. They are developing their thinking game as well as their physical play. With a record of 5-1-2, it’s safe to say the boys are understanding the new formation and finding success with it.

Defensive player, Daniel Gerber, continues to a be a leading force on the team, keeping threats away from the net and allowing the offense time to put points on the board. Coach Schultz shares, “I’m excited to see what becomes of our squad as we continue to grow into our new formation and mindset”.

Both Varsity and JV teams have had a tremendous start to the 2019 season. Currently the JV is 11-1 and the Varsity is 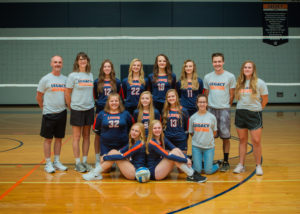 12-3. Both teams are undefeated in the conference (MCAA). Our Volleyball community is continuing to strive for excellence and at the same time, demonstrating Christ-likeness in our walk both on and off the court.

Coach Rudzitis indicates the strong community that we have by both parents and players has been a highlight of this season. Competitively, the biggest team success came after defeating a tough Spectrum team in a local tournament that required the team to overcome a deficit. With a shallow bench, many players are on the court full time with no breaks.

Juniors Olivia Wallmow and Mya Bredemus have the most experience on the court and are stepping up in leadership roles both in play and in demeanor. Sophomore Tezra Rudzitis is having a tremendous breakout year by adding the role of a hitter to the team.

Overall, the girls gel very well together. They are quick and have the desire to be a championship team. Coach Rudzitis shared that he expects to be ranked quite high for play-offs, stating “I expect the team will go deep into the play-offs with an opportunity to knock off a couple of contenders to get to the State Tournament.” A high seed translates into a number of home games for our fans to enjoy!