Despite an unusual Spring, awards have still been earned and presented! We are thrilled to share these student accomplishments! 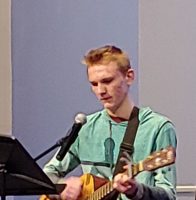 choir, and orchestras for an All-State spot in March. Judges listen to the students, evaluating them on their overall musicianship and technique. In mid-April, the MMEA All-State Committee chooses the final rosters. This year,  Junior, Taaron auditioned and was accepted into the All-State Choir Men’s Group in Minnesota.  These are the best singers in MN with close to 700 auditions. He will be performing with the MMEA All-State Choir during the MMEA Convention in February, 2021! Congratulations Taaron!

In addition, Seniors Jeremy and Finn were also recognized with major awards given each year to Band Students throughout the country. 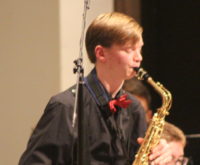 Finally, the Louis Armstrong Jazz Award is given to the student who exhibits superior dedication, musicianship and creativity in Jazz music.

Congratulations gentlemen on these high honors and thank you for sharing your gifts and talents with the community.