Between donations made at the game and several matching-donor gifts, the Legacy Baseball team recently raised more than $3,300 for the Leukemia and Lymphoma Society (LLS) during its annual “Strike-Out Cancer” game.  The team partnered with Team T.O. for this year’s event. Todd Oakes (T.O.) was the pitching coach for the University of Minnesota for nearly 20 years and his son TJ was a former Legacy Baseball head coach. When T.O. lost his battle to cancer in 2016 it was a sad day, but it is an honor to know that his Legacy lives on through his three sons (who all coach baseball), his wife Terri, and many others. Current head coach Adam Hill writes, “There are things we do in the LCA program that are a direct reflection of T.O.’s impact.”

The game’s ceremonial first pitch was thrown by Russ Bovee, a retired police officer and army veteran who played baseball for the U.S. Army team. Russ is a survivor of Non-Hodgkin’s Lymphoma, and is now battling the return of prostate and lung cancer. Russ’ son Brian is on the LCA Board and his grandchildren Charlie ’22, Ayla ’24, and Evan ’25 currently attend Legacy. Thank you to those who continue to care for and honor the memory of those whose lives and families have been affected by cancer. No One Fights Alone 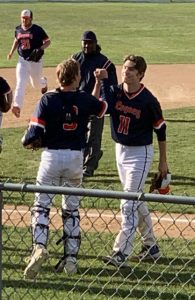 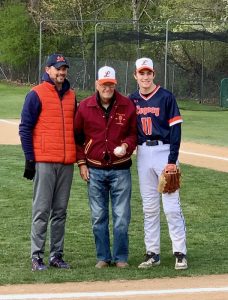 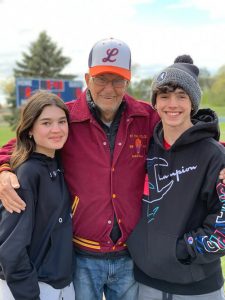 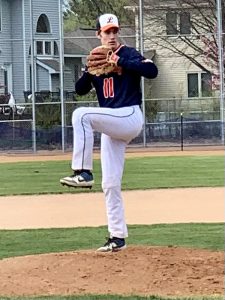